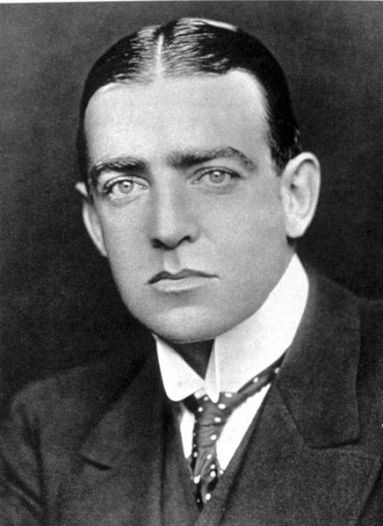 World-class explorer Ernest Shackleton is one of those guys who puts your outdoor pursuits to shame. Unless you’ve bagged the world’s tallest peaks, or sailed the roughest seas, it’s safe to say you have nothing on Shackleton.

Shackleton’s noble pursuits in adventure history have been well documented.  He is perhaps best known for the unfortunate events which transpired during the failed Imperial Trans-Antarctic Expedition.

So who better to receive endurance advice from than a man whose ship became wedged in an Antarctic ice floe, leaving him and his crew stranded for months on end?

1. When the going gets tough, the tough make light of a difficult situation.

“Difficulties are just things to overcome, after all.”

The Imperial Trans-Antarctic Expedition was a mission rife with difficulties from the get-go. Shackleton could have very easily said, “you know what guys, screw this, you’re on your own.”

But he didn’t. He made sure each and every man made it home alive, despite the circumstances. He worked through each challenge in small increments, instead of focusing on the big picture.

You’re going to face your share of difficult situations. It’s up to you to approach it as just another obstacle to overcome.

“If I had not some strength of will I would make a first class drunkard.”

How easy is it to give in, crack open a cold one, and cry about the fact that you were unable to accomplish the task at hand? Answer: Very.

Shackleton recognized this early on. Giving up while stranded on a vast sea of ice with no rescue in sight would have been the easy thing to do.

And while I’m sure he would have loved to become a first class drunkard at times during the Imperial Trans-Antarctic Expedition, he stuck it out as any good leader would do.

“Superhuman effort isn’t worth a damn unless it achieves results.”

You can kick, crawl, scream, and thrash your way through a difficult situation, but what does it matter if you come out a loser in the end? Shackleton was focused on results, even if it meant redirecting his superhuman effort towards saving lives in a survival situation.

You can’t just go through life with maximum effort and nothing to show for it. Figure out a way to achieve results.