Snakes get a bad rap.  Pretty much everyone you know is creeped out just thinking about them, let alone being in their presence.

Sure, they look like total jerks, with their beady little eyes and oddly shaped heads. And they are known to slither like legless freaks as they go about their day.

But you have to admit, seeing a snake in the wild is cool.

So if you’re headed into a snake infested area and you want to increase your chances of not dying a horrible snake bitten death, take note of the following suggestions.

Better yet, watch everything:  watch where you put your hands, where you sit, where you roll in the leaves, etc. In places like the jungle, if a snake could be chillin’ somewhere, he probably is.

This is a no-brainer, right? Why, then, do we still hear about some drunk moron who thought picking up a cute poisonous snake would be a bright idea?  Handling snakes might seem like a fun, manly activity until somebody gets a fang to the jugular.

And guys, I know this will be incredibly difficult to do, but you are going to have to resist your natural temptation to poke snakes with a stick.  Easier said than done.

"Would you like to test your manhood by handling this snake?" "Sir, with all due respect, I read on some blog that I should not cuddle with snakes." Me, making the right choice.

Your favorite pair of smelly Birkenstock sandals aren’t going to cut it in snake country.  In fact, snakes might bite you just because you’re wearing Birkenstocks (scientists believe snakes don’t like hippies, but they have yet to determine why).

You could go with a badass jungle combat boot and be feared by all living things.  Or you could tone it down a notch and go with simple rubber boots. Either choice is acceptable.

4. Invest in a powerful snake repellent

If you believe in snake repellent, please contact me right away.  My snake repellent is the best on the market, and is guaranteed to repel all snakes within a 50 miles radius.  Call now, and I’ll even throw in a free case of spider repellent. 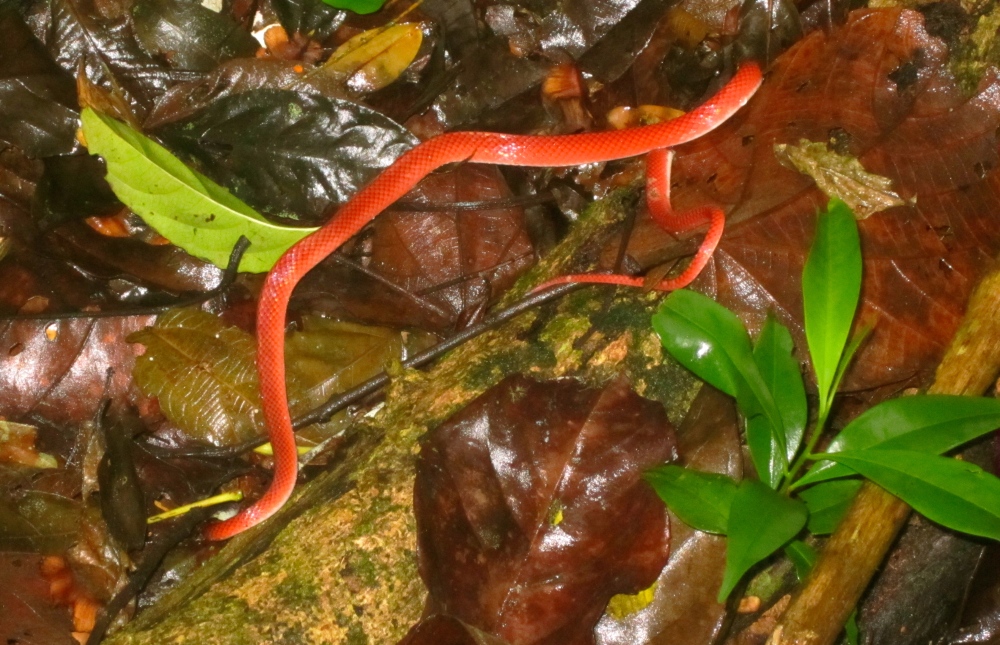 Had I not heeded the sagely advice found in No. 1 through No. 3, I would've stepped on this poisonous mussarana barefoot and then picked it up to investigate.